After a great breakfast of grilled garlic toast topped with scrambled eggs a little pesto and cheese, and bacon at the Bidwell House, it was time to hit the road. But not before driving to the local supermarket to procure sandwiches and cherries for our lunch in Lassen Volcanic National Park.

Back into the car, we quickly cover the 30 miles to the park entrance, flash our lifetime senior pass at the rangers, and enter the visitor center to plan our day. Gretchen wanted to do a hike to to Mill Creek Falls. This was advertised as a 3.1 mile round trip, but my GPS measured 2 miles each way ( and 2100 ft total elevation gain). I think they need to check their signs. Anyway, the walk was great. 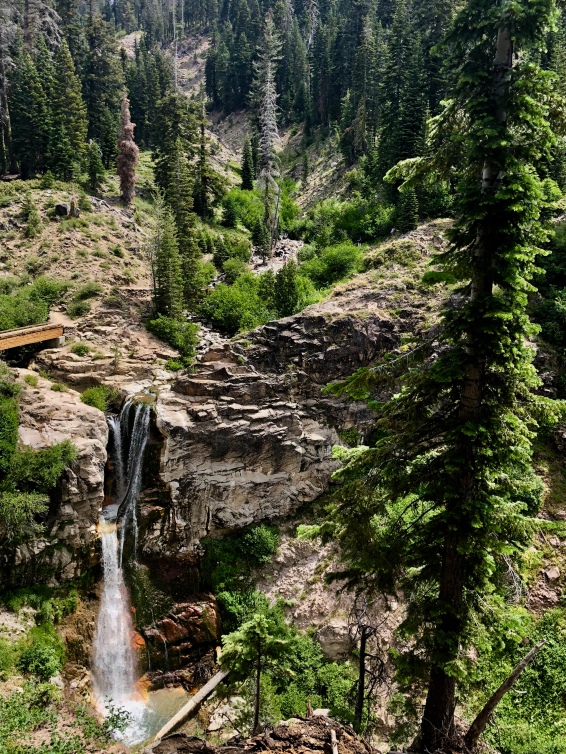 Through the forest and wildflowers. We captured lots of flower pictures, a few butterflies, and a couple of each other. The falls were also pretty. 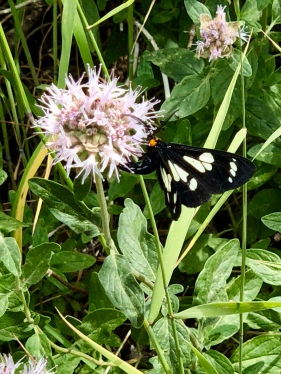 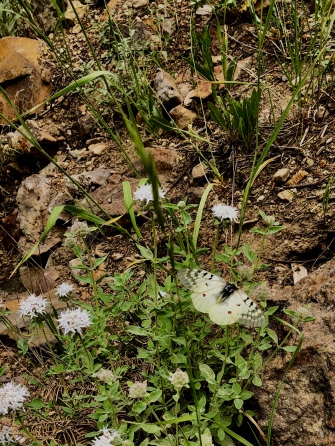 After the hike, we grabbed our lunch from the car and ate inside the visitor center (it was air conditioned). After lunch we continued our drive through the park. We stopped at the Sulphur Works mud pots. It smelled like you would think. We discussed that neither of us had ever actually smelled a rotten egg.

By this time we are starting to think about putting some mile in towards our final destination, the town of Mt. Shasta. We stopped at a spot to get out of our hiking boots and took some pictures of roadside lupin. 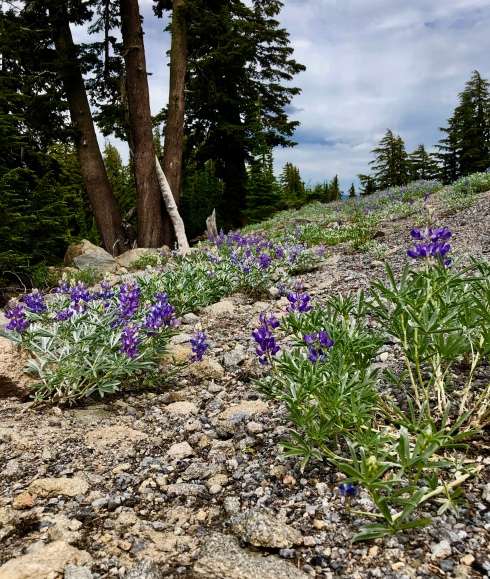 And our final stop in the park was the site of the 1914 eruption called the destruction zone (where I got the only picture of a chipmunk). 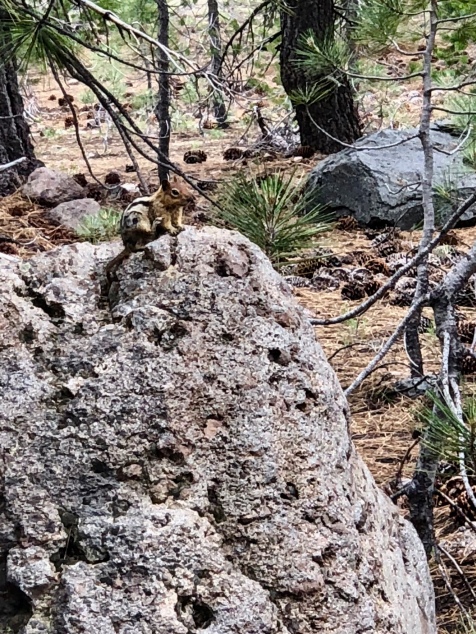 We set our sights on Mt. Shasta, turned on the book we are listening to, and rolled the miles away. We are staying at the Mount Shasta Resort which seems ok, but unremarkable. Our dinner however was at a place called Lily’s in town. The advertised their cuisine as eclectic. I had some great short ribs and Gretchen had a sort of asian noodle seafood dish. Neat, clean, and good service. Highly recommended.